Sara Martín
16 October, 2018
More and more people have started to play the League of Legends and are interested in knowing more about this very popular and successful game. This online sport is currently competing with the most popular sports and it already has the same number of viewers. To analyze the influence of the most famous players of League of Legends on Twitter, we have added their Twitter accounts on Metricool’s competitive analysis tool.

For the purpose of this analysis we have gathered the information from a 30-day period, from September, 5th to October, 5th. We have based it on the following metrics to draw our conclusions:

Most influential eSports players in the LoL league

These are the main conclusions drawn from our analysis: 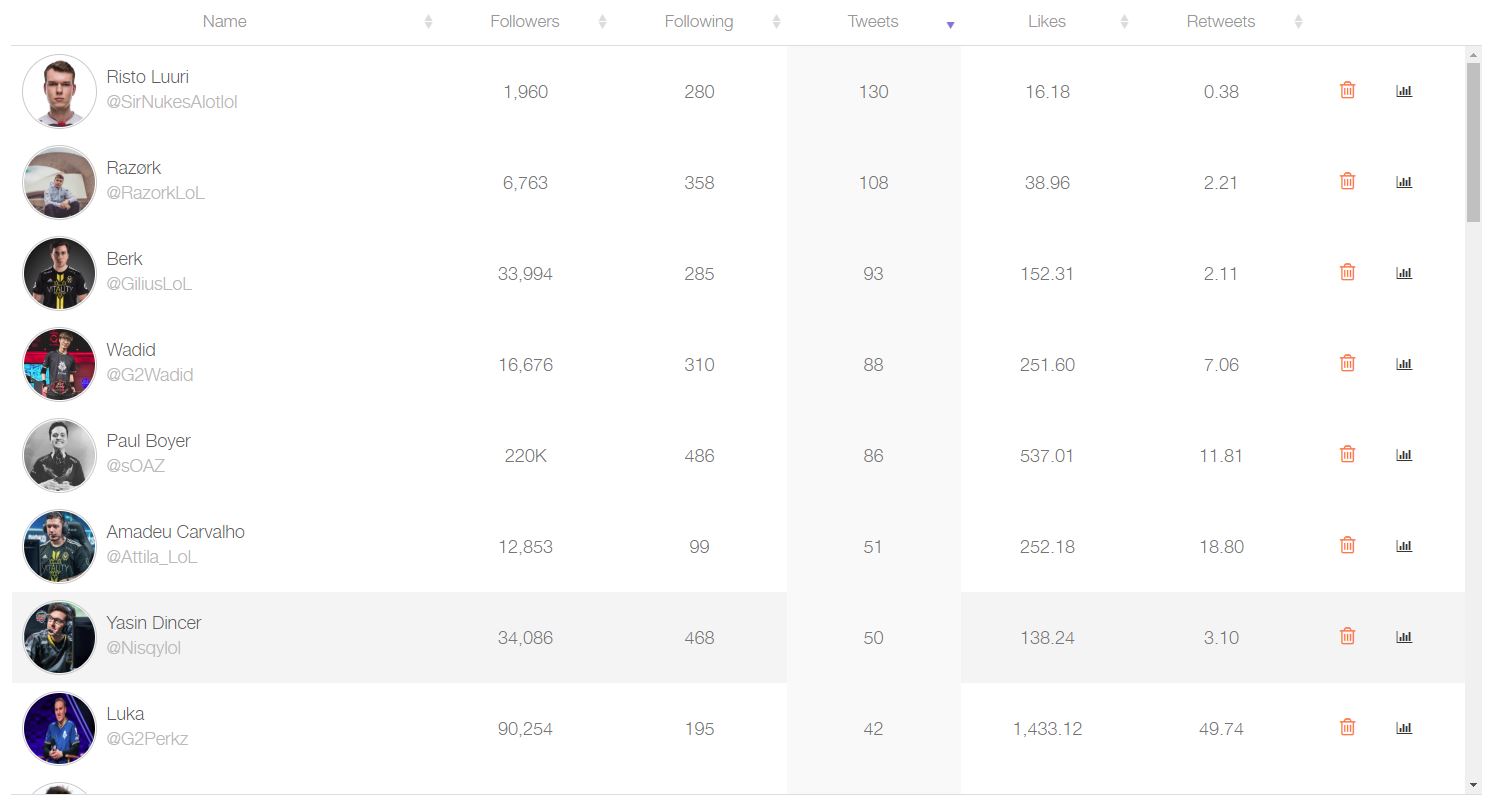 We have analyzed the Twitter accounts of several players of League of Legends and we have organized them by the number of “Likes”. 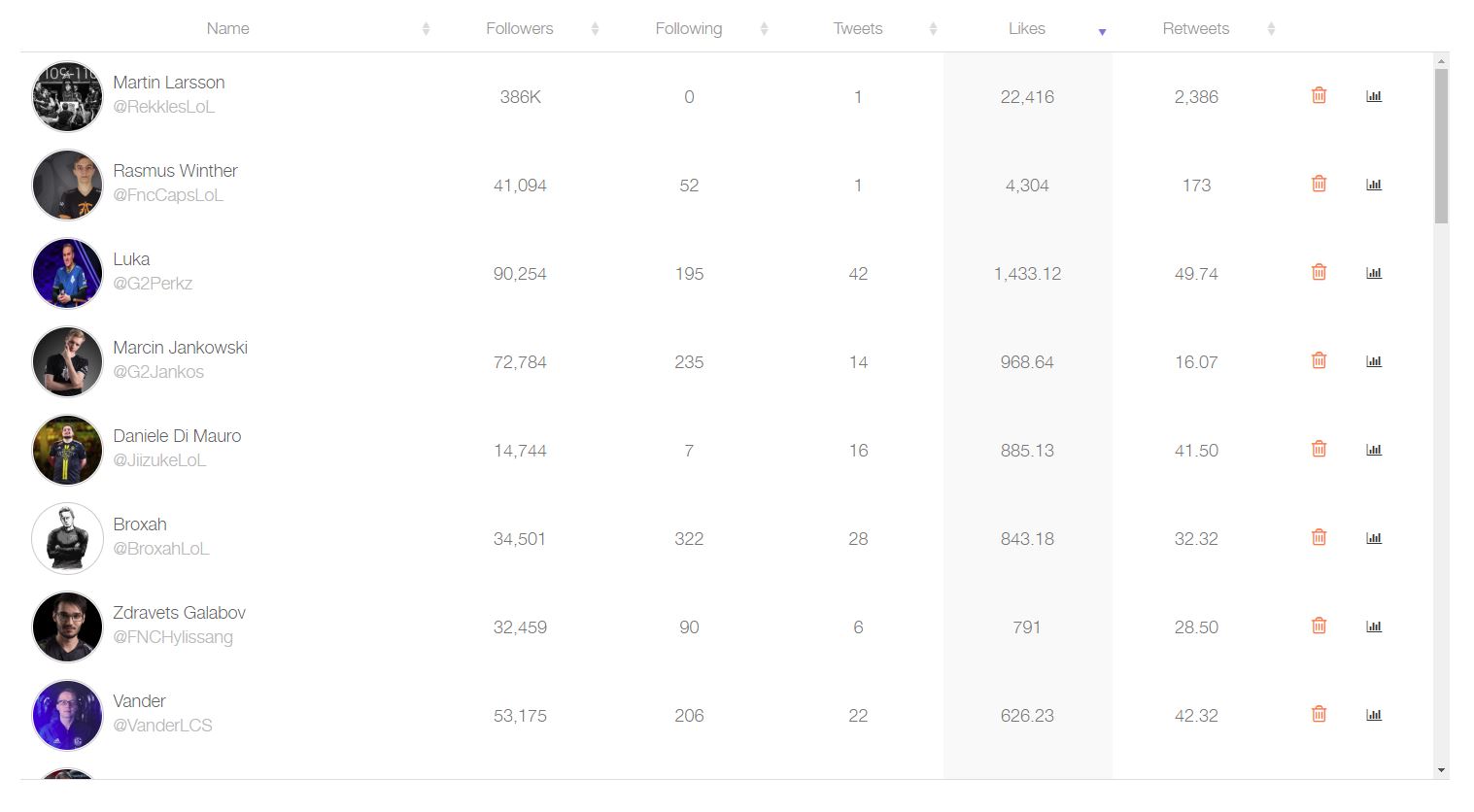 @RekklesLoL on Twitter. He is the player who received more “likes” during this last month in spite of only having tweeted once in this period of time. This player of Fnatic doesn’t often use Twitter but he is the one who receives more interactions from followers. 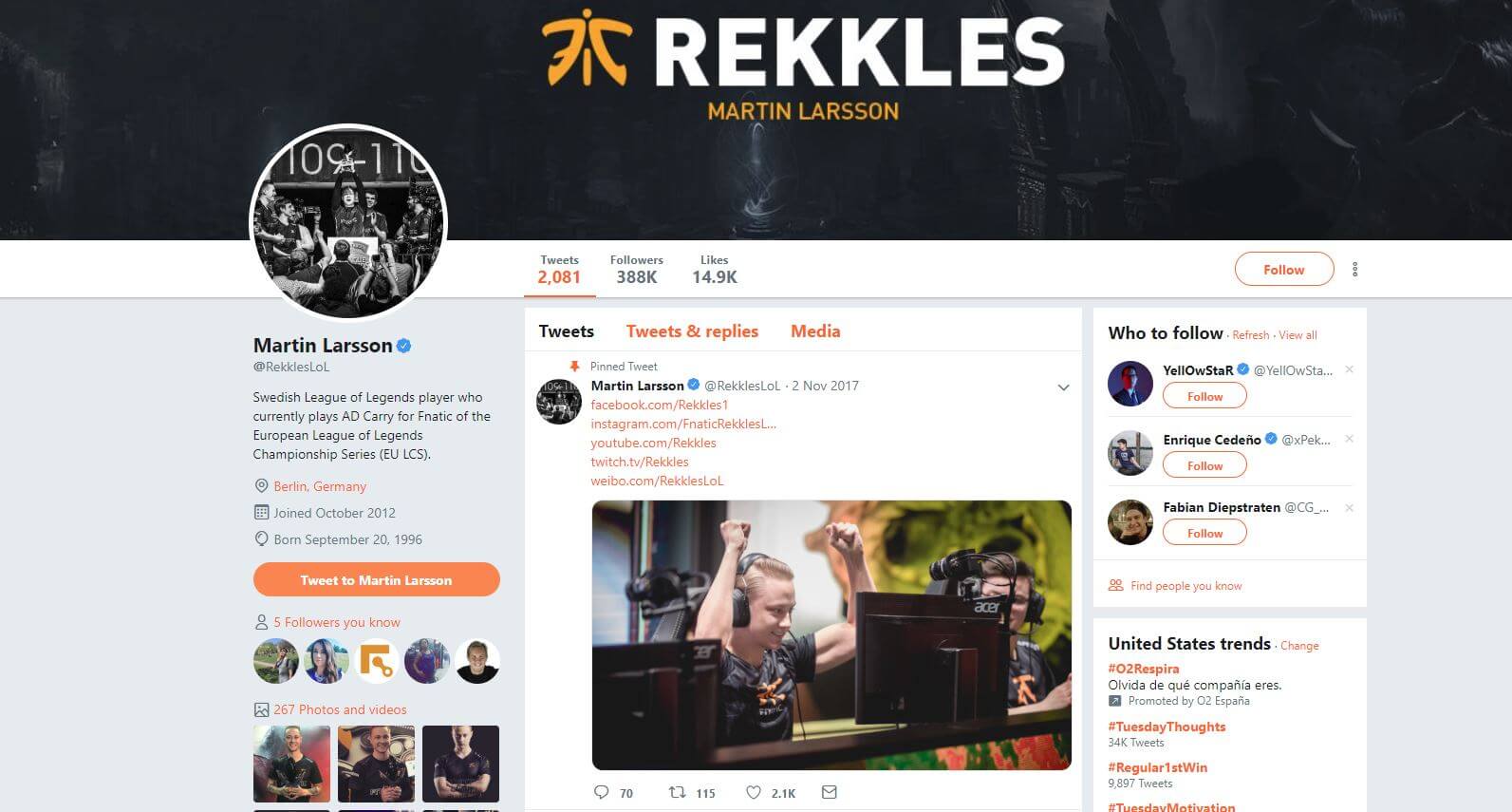 Another Fnatic player, @FncCapsLoL on Twitter. He has much fewer followers than the one before, but he follows the same pattern: he has published only one tweet but he has received more than 4,000 likes and 170 retweets in a month.

He is a G2 player, the most successful team on both the game and social networks. He was much more active than the two previous players, he published 12 tweets. Despite the fact that he has more followers than Rasmus, he gets fewer interactions: an average of 1,072 likes and 19 retweets per publication.

Player of Vodafone Giants. A team that has recently disappeared. His Twitter account is @SirNukesAlotlol. Amongst all the players analyzed, he is the one with a lower number of followers. However, he was the most active during the month. He tweets and retweets on Twitter more often. That’s the main difference with other players like Martin Larsson who only publishes images. Whereas he is the one with the most postings on Twitter, Risto receives less interactions during the last month and year. 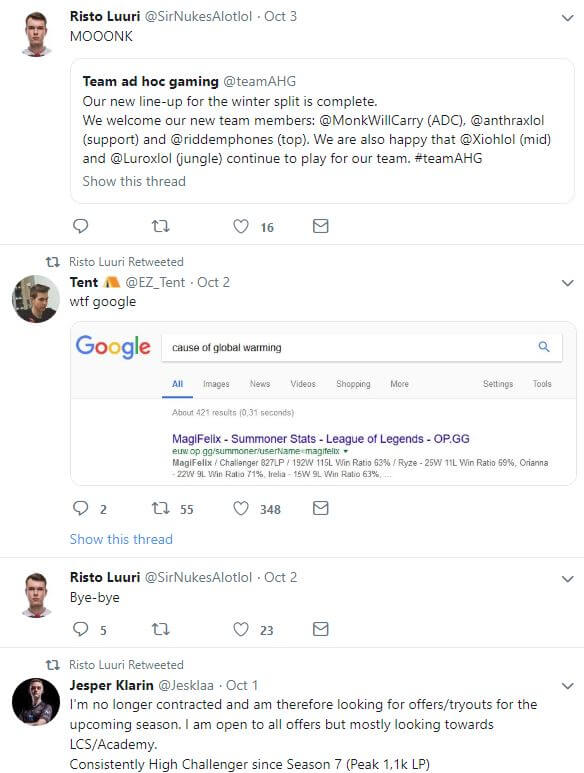 He also played for Giants and he is also quite active on Twitter. He publishes more often although as the previous player, he is the one with the fewest followers on this social network. If we extend our analysis to one year, he is the most active tweeting. During 12 months he has published a total of 236 tweets.

He belongs to the team Unicorns of love. In this last month he tweeted 4 times, more than the most famous players of League of Legends. However, in the last 12 months he was the least active with only 17 tweets published. 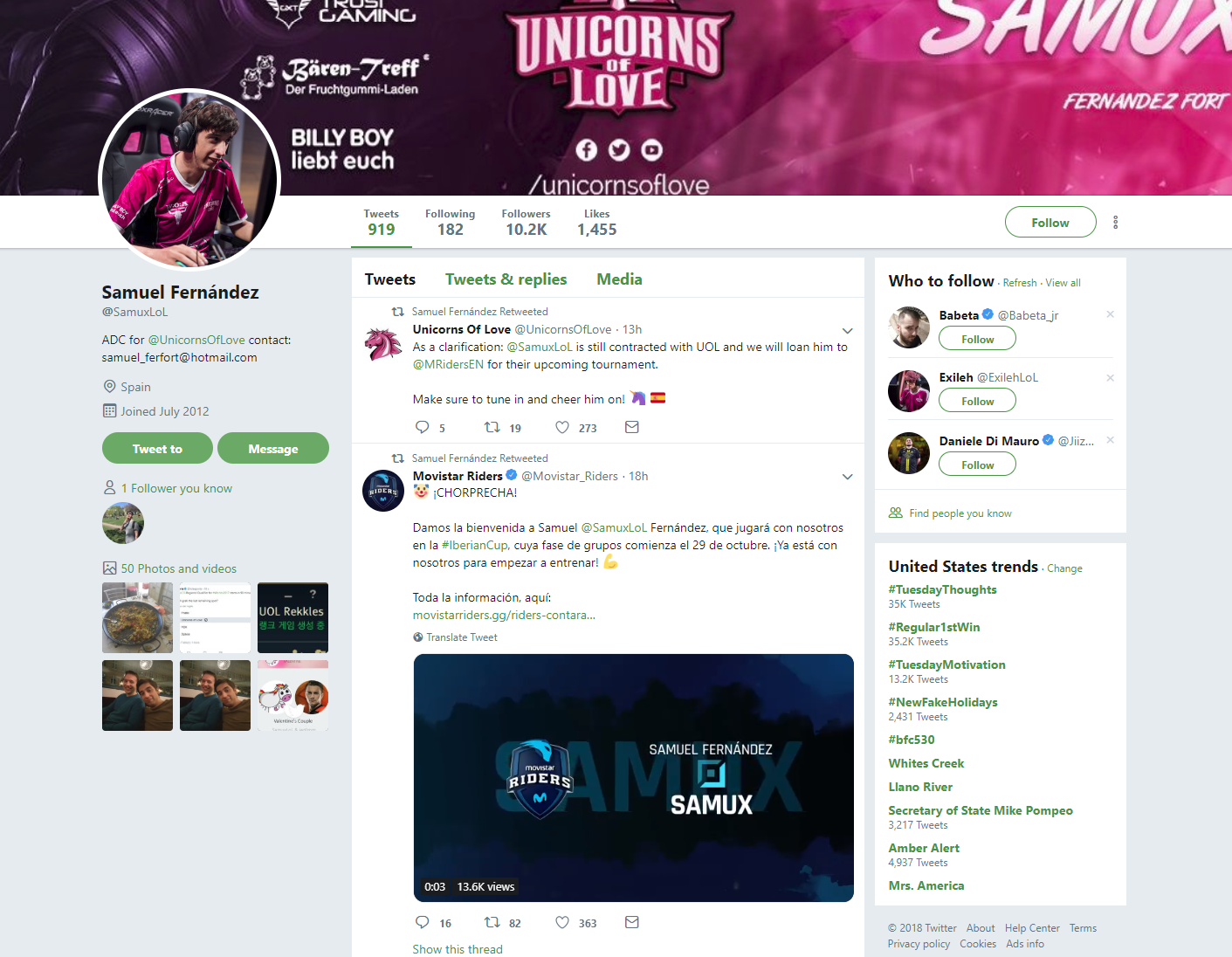 These are the main highlights and conclusions that we extracted from our study. Do you have any questions? We will read your messages in the comment section.
Ranking of most influential eSports players on Twitter was last modified: January 29th, 2019 by Sara Martín